Skip to content
India is a country of different cultures, rich heritage, and historical places. Our rich heritage includes some of the most beautiful buildings in the world that are the center of attraction for tourism from other countries. Such buildings include some really stunning and famous palaces in India. These Palaces are the perfect example of our vintage designs, smart architecture and royal look.
These famous Palaces in India were once the residence of kings and their families. Now, some of the Palaces are under the government of India showcasing to the tourists. And some of them are still the residence of the royal families in our country. These were built way back in the 19th or 20th century. But they are still maintained and gives a look of newly constructed buildings with vintage architecture front.
So the top 5 picks of famous Palaces are:-

Once a royal hunting lodge of the erstwhile Maharaja of Jaipur, the Rambagh Palace was converted into a heritage hotel in 1957. It is being managed by the Taj Group. With its beautifully appointed rooms and suites, lush gardens, marbled corridors, luxurious services, and enough history at every corner, this 19th-century palace offers the feel of royal opulence. For an ultra-luxe experience, book a peacock suite that overlooks the lush garden and Mughal Terrace.

The finest Rajput traditions and heritage pour out of every brick and cornice of the famed Rambagh Palace. Built in 1835, its elegant rooms, marbled corridors, and majestic gardens echo with history.

Owned by the Nizam of the princely state of Hyderabad, the Falaknuma Palace was converted into an ultra-luxury hotel in 2010 and managed by the Taj Hotels. It invites guests to experience the magnificence of the Hyderabad Nizams. Located at 609.6 meters (2,000 feet) hill overlooking the City of Pearls, this hotel is renowned for its eclectic interiors, featuring Venetian chandeliers, Roman pillars, marble staircases, intricate statues, artworks, and exquisite period furnishings. The Japanese, Mughal and Rajasthani gardens add to its beauty. Impressively, the palace also features a huge library said to house one of the rarest versions of Islam’s holy book, the Quran. 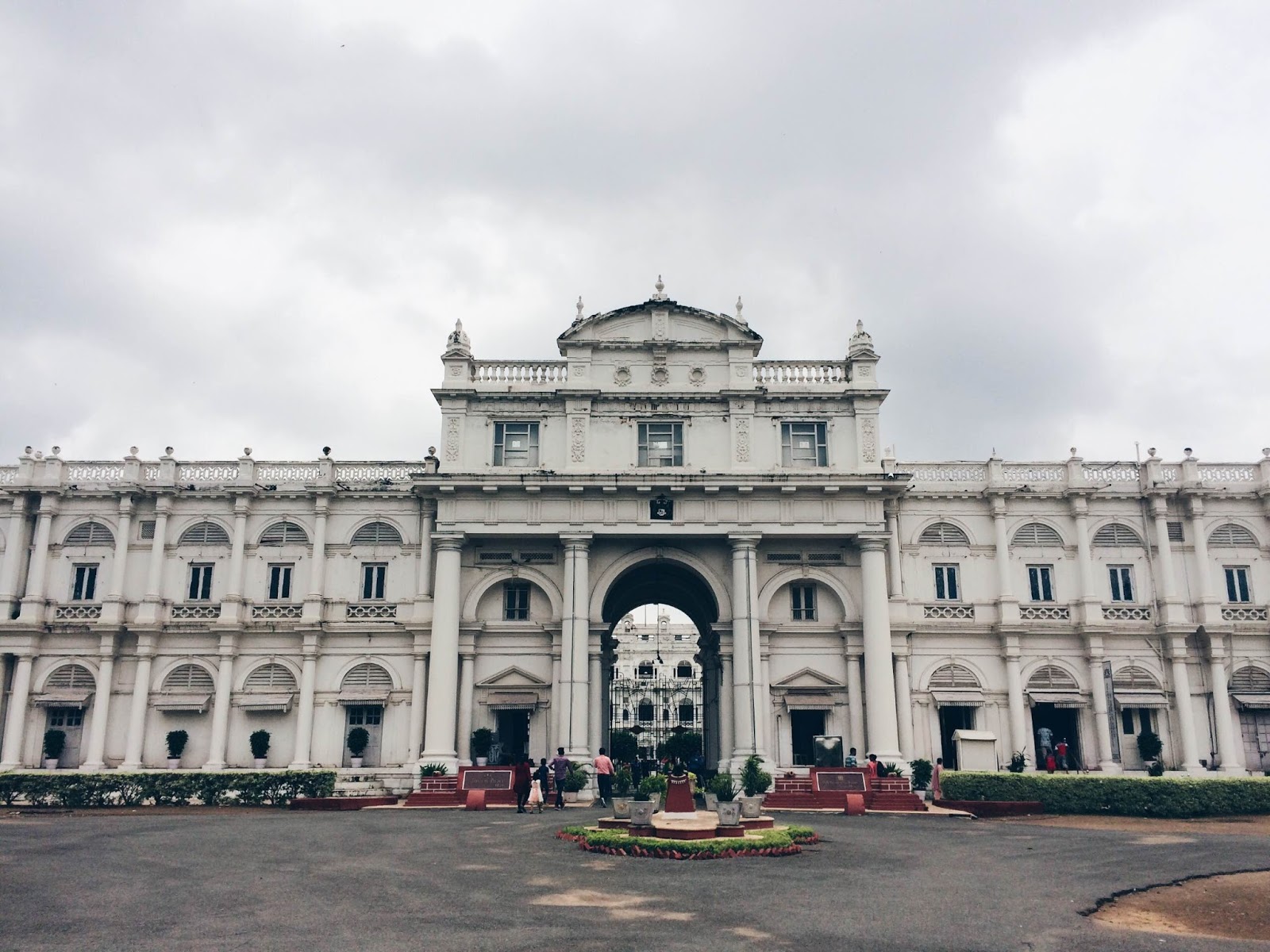 Jaivilas Palace was constructed by Maharaja Jayaji Rao Scindia in 1874 at a cost of Rs. 1 crore. It is a fine example of European architecture, designed and built by Sir Michael Filose. A combination of architectural styles, the first story is Tuscan, the second Italian-Doric and the third Corinthian. The area of the Jai Vilas Palace is 12,40,771 square feet. It is particularly famous for its large Durbar Hall. The interior of the Durbar Hall is decorated with gilt and gold furnishings and adorned with a huge carpet and gigantic chandeliers. It is 100 feet long, 50 feet wide and 41 feet in height.

Bizarre items fill the rooms: cut-glass furniture, stuffed tigers and a ladies-only swimming pool with its own boat. The cavernous dining room displays the pièce de résistance, a model railway with a silver train that carried after-dinner brandy and cigars around the table.

Known as the principal residence of the Jodhpur royal family, Umaid Bhavan Palace is a golden-hued desert sandstone monument. Rediscovering yourself in this architectural masterpiece is an experience in itself. Step in the glorious ambiance of Jiva spa and where a royal journey of harmony, rejuvenation, and healing awaits you.

Named after Maharaja Umaid Singh, grandfather of the present owner Gaj Singh. The palace has 347 rooms and is the principal residence of the former Jodhpur royal family. A part of the palace is a museum.

Ground for the foundations of the building was broken on 18 November 1929 by Maharaja Umaid Singh and the construction work was completed in 1943. The Palace was built to provide employment to thousands of people during the time of famine.

The Palace is divided into three functional parts – the residence of the royal family, a luxury Taj Palace Hotel, and a Museum focusing on the 20th-century history of the Jodhpur Royal Family. It was recently booked by Bollywood Actress, Priyanka Chopra as her wedding destination. 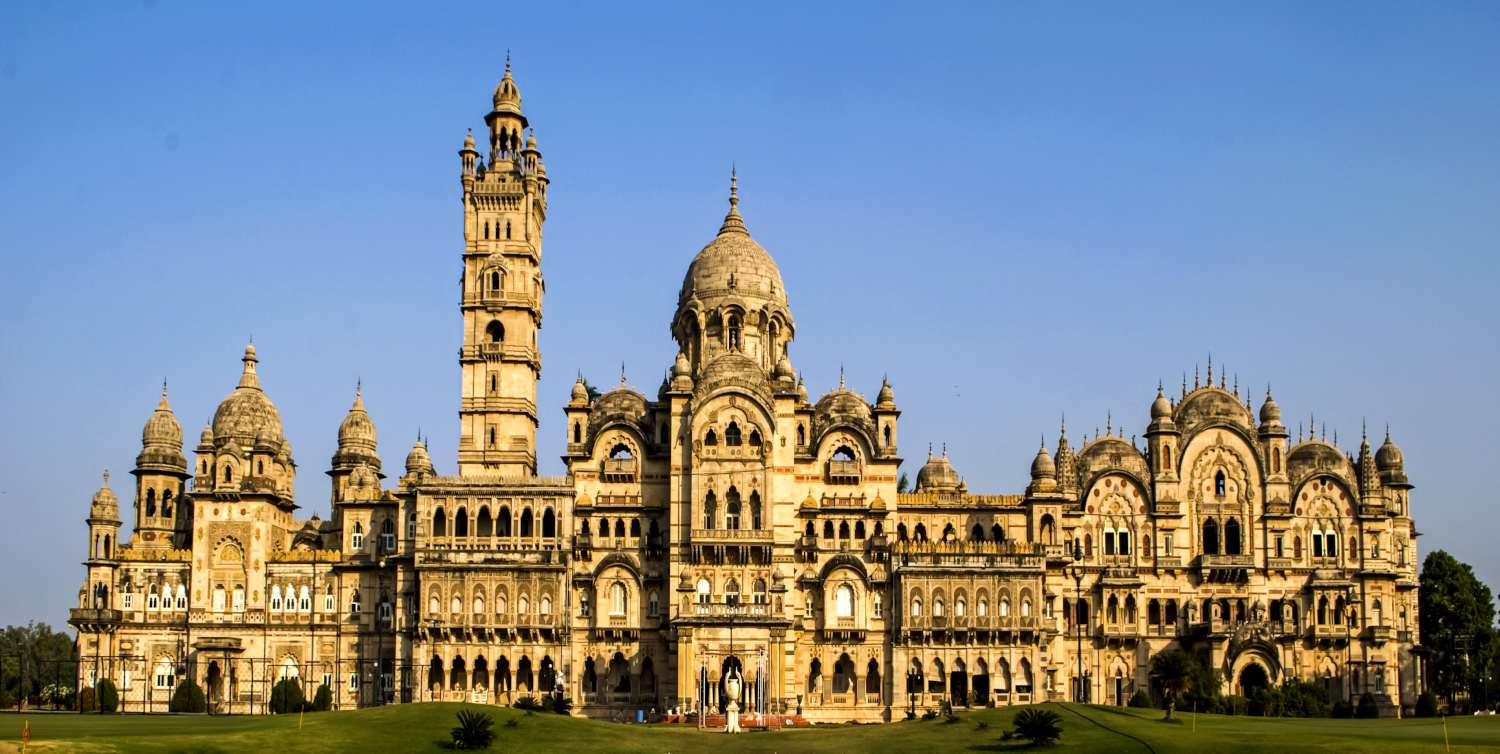 Laxmi Vilas Palace, Baroda is one of the biggest palaces in the world. This famous palace in India is four times larger than the Buckingham Palace, England. It has a rich interior design as well as a beautiful architecture. It is the official residence of the Baroda Royal Family i.e. Gaekwad dynasty. It is considered one of the most beautiful and largest royal palaces in Gujarat.

The Palace compound is of over 500 acres and houses a number of buildings, particularly the LVP Banquets & Conventions, Moti Baug Palace and the Maharaja Fateh Singh Museum building.

In the 1930s Maharaja Pratapsingh created a golf course for use by his European guests. In the 1990s Pratapsinh’s grandson Samarjitsinh, a former Ranji trophy cricket player, renovated the course and opened it to the public
Also Read: Top Modern Architectural Buildings In India